Discover the world through Morandi’s masterpieces

For those who want to understand a master, there’s perhaps no better chance than the “Giorgio Morandi” exhibition running at the Shanghai Jiushi Art Museum until October 9.

Organized by the Italian Cultural Institute, the exhibition is the first comprehensive review of the Bolognese master in China. It presents 51 original works on loan from the National Gallery of Modern Art in Rome, the Morandi Museum in Bologna, as well as the historical Giovanardi collection.

Covering his life, the exhibition reveals the “inner universe” of Giorgio Morandi. From oil, pencil, watercolour, graphite to etching, the exhibition includes his work in landscape and still life from different periods.

The artist’s charisma shines through in his paintings.

Morandi was unaffected by politics, the two world wars and the changing world.

Throughout his life, he did not marry and did not even leave traces of his love affairs. The artist has barely left Bologna where he is content to paint in silence the everyday objects that surround him. His avoidance of public occasions or fame made him the most elusive of 20th century Italian artists, and his painting even more intimate and touching.

“You can walk through this world and see nothing,” he said. “To understand, you don’t have to see a lot of things, but look carefully at what you see.”

For Morandi, the great meaning of life lies in small objects and excellence in banality.

The visitor may need to review the artist’s state of mind to “enter” into his pure “material universe” where a group of ordinary objects are stripped of redundancy and reduced to their pure nature. 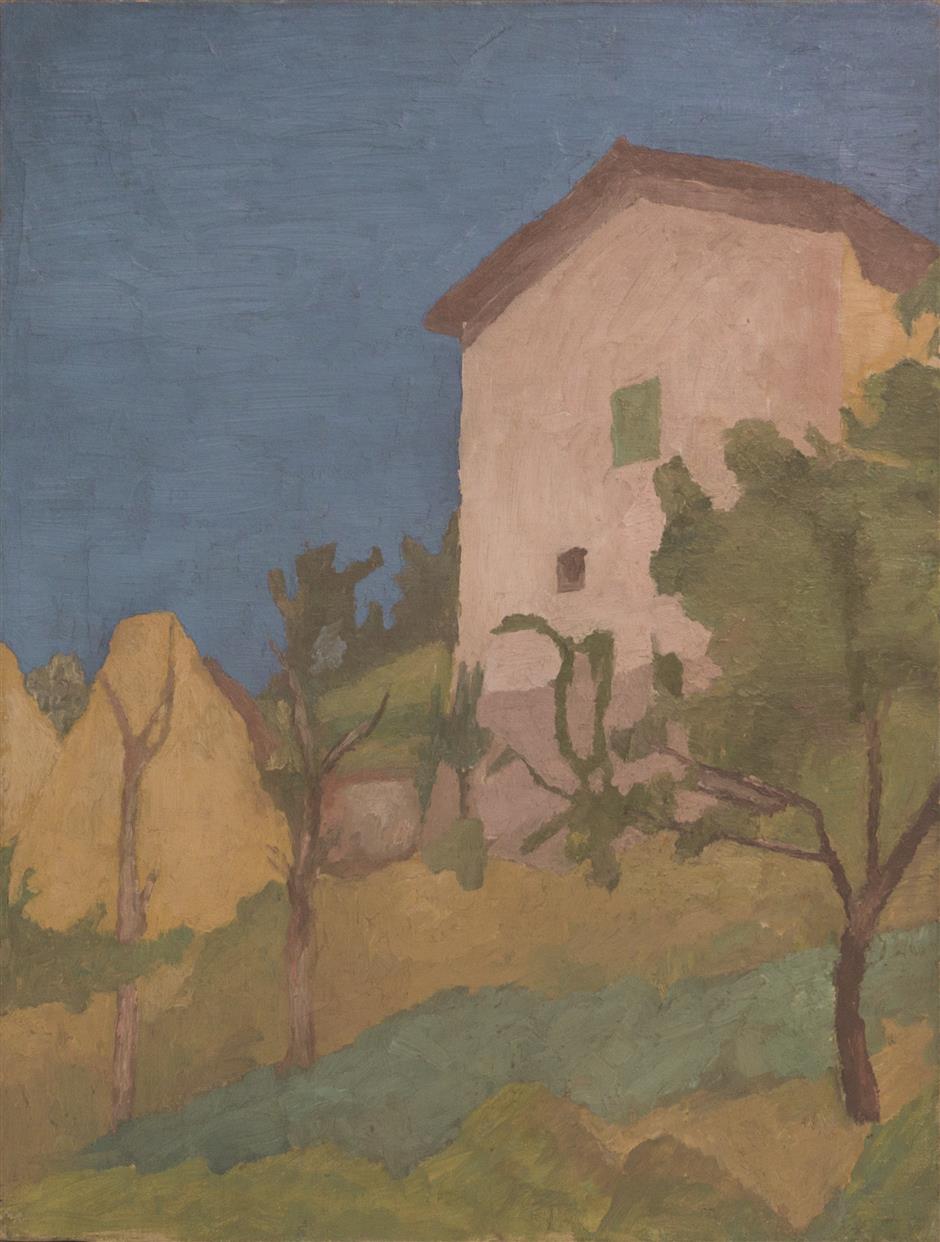 If inspected carefully, visitors might find the arrangement variation of his later works.

Previously, bottles, cups, small vases and vessels were placed next to each other, lined up in order, but in his later rendering these objects were grouped tightly in the center of the canvas.

The mostly light and subdued colors, the soft brushstrokes, the lightly shaded silhouettes and the feeling of surrounding emptiness also give the paintings of his later years an air of fragility, an evanescence on the edge of nothingness.

Today his works are not widely and frequently exhibited around the world, as most of them were collected privately.

“For reasons of art and temperament, I tend towards solitude,” he said. “My own desire is to continue to live with some peace, which is the only thing that still allows me to work.” 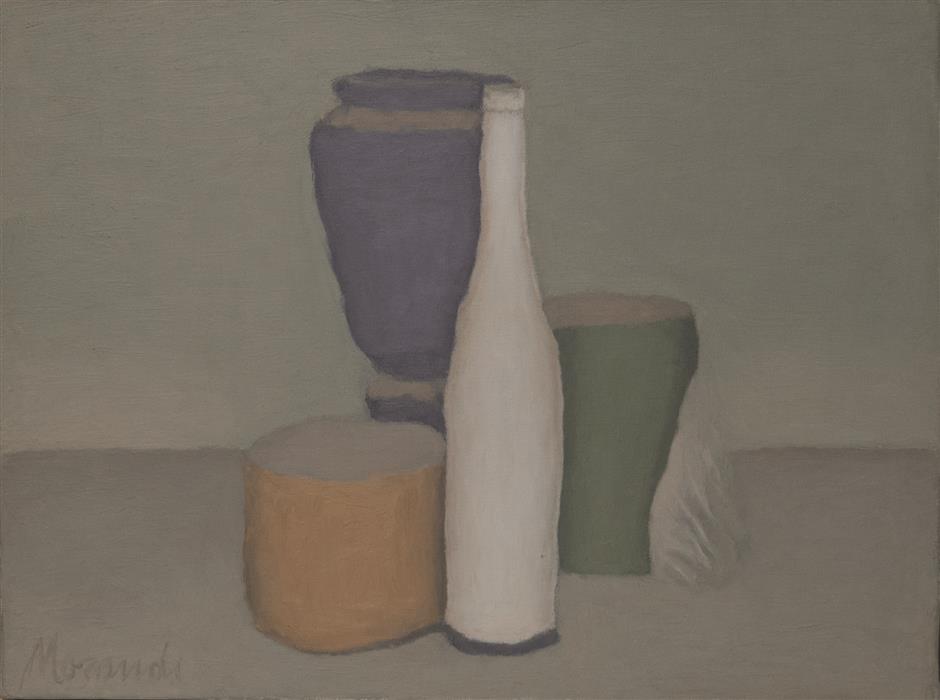 “Courtyard of Via Fondazza”, oil on canvas, 1957, Augusto and Francesca Giovanardi Collection, Milan